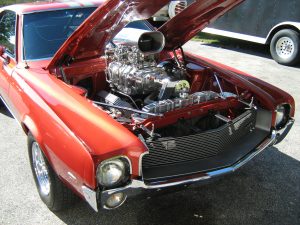 A Supercharger is an air compressor that increases the density of air supplied to the internal combustion engine. It gives each cycle of intake more oxygen that making the engine burn more fuel to increase the engine’s power output. They work the same way as turbochargers only that there is a difference in their power supplies. A turbocharger uses the exhaust system for energy while a supercharger directly sources its power from the engine.

Increased power. A supercharger increases the power output by 50 to 100 percent making the engine strong enough to tow heavy loads and racing. This also adds excitement to the typical driving experience.

Superchargers are easier and cheaper to install. Superchargers can be attached on the top or side of an engine which is easier as compared to turbocharger which requires modification of the exhaust system.

No dramatic power reduction. In higher altitudes, the air is less dense and a normal engine only gets a small amount of air for combustion which results in a dramatic power reduction that lowers the performance of the vehicle. An engine equipped with a supercharger does not experience difficulties in higher altitudes, it still gets enough air since the supercharger is capable of pumping thin air. Superchargers are used in airplanes which spend most of their time in higher altitudes where there is less oxygen for combustion but their engines are still able to produce consistent and enough power needed to keep the plane moving.

Supercharging can be used with automatic and manual transmissions without increasing transmission ware under normal driving.

Quick acceleration. Supercharger start working as soon as the engine is started. This gives the engine a boost from the beginning. All they need is a few seconds for warm up as they do well on normal temperatures.

They have no shutdown procedures. Superchargers are not lubricated by engine oil and can be shut normally as opposed to turbochargers that need 30 sec to give the lubricating oil a chance to cool.

Supercharger use engine power. They use approximately 20% of the engine’s total power output. The same job can is done by a turbocharger which does not rely on the engine power.

Increased stress. The engine needs to be strong to handle the extra boost power. The high pressures and big explosions from the cylinder is additional stress to the engine. This is not put into consideration when designing the engine hence the piston head damages. Manufacturers are now using heavy-duty components for engines intended for supercharged. This results in an increase in manufacturing cost which in turn raises the price vehicles to become more expensive.

This entry was posted in General. Bookmark the permalink.